October 12, 2019
Hi, All!
Much has happened since my last post.  First, I've been on the road quite a lot to do readings and events related to Plague in Paradise, which seems to be increasing in popularity all the time -- likely, I'm guessing, because of all the parallels in what is going on today in 2019 to the events in the time period of the story, 1924.  Plague in Paradise takes place in Los Angeles where, in 1924, some of the officials wanted to build a wall around the Mexican-American community.  Does the concept of putting up a wall sound familiar in news items today?  Plus, many of the problems in the city at that time were blamed on the poor and down-and-out.  I just visited L.A., and I heard the same refrain over and over, everywhere I went.  The bottom line?  The more things change, the more they stay the same -- unfortunately.  There are other major parallels as well; please read through the book to see quite a reflection of contemporary issues.
At the same time, I also finished writing another book: Lt. Elsie Ott's Top Secret Mission: The WWII Flight Nurse Behind Aeromedical Evacuation (MEDEVAC). This book is another work of Literary Nonfiction that looks at one of the most amazing heroes of modern times.  Lt. Ott literally changed the world in so many positive ways.  In a nutshell, she was asked to take six wounded soldiers from Karachi, India, back to Walter Reed Hospital in Washington, D.C.  This trip was an experiment of epic proportions, one designed to show that the wounded could be transported great distances by plane in order to get the help the needed.  The trip back to Washington, at that time, would normally have taken three and a half months by truck, train, and ship.  However, Lt. Ott managed to get the soldiers back in six and a half days by using planes for the whole journey!  Along the way, she braved snipers, German fighter planes, her own plane catching fire -- and much more.  I think those who enjoy stories about people who risked everything to help change the world will really like this one.  It is scheduled for an April 1, 2020 release, and I have most of the early book tour for it scheduled.  I'll be providing venues and dates soon in case you'd like to stop by and hear more about the book and how it came about. I'm also posting two related pictures. One is of the plane use for part of the journey, the "Able Mabel."  The other is a picture of the book cover.
Also, my documentary film about the landmark "Shelley v. Kraemer" U.S. Supreme Court Ruling was placed on Amazon Video so that everyone will now have a chance to view it.  The title of the documentary is "The Story of Shelley v. Kraemer," by Jeffrey S. Copeland.  The Amazon Video version is a shorter version by design -- so that schools all across the country and the globe can fit it into their class periods.  I hope people all over will enjoy this story of a milestone ruling that literally changed the face and color of America. I'll also post the photo used at the Amazon Video site to showcase the film. The photo is of J.D. Shelley, the man who started this historic episode in our history. 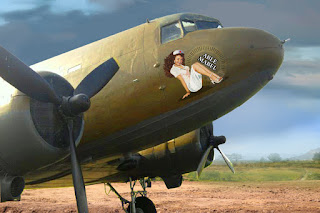 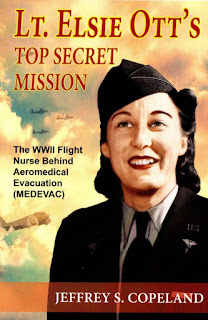 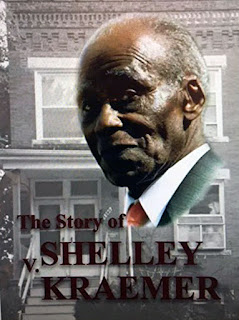 I'm also currently working on another book.  I'm not at liberty yet to discuss the specifics of the story, but I can say that it will be the first story I've written about the world of sports.  As a matter of fact, I will soon be at the National Baseball Hall of Fame and Museum to do some more research for this project.  I'll post more on this as additional work is completed.
I hope all of you are well -- and are enjoying the fall weather.  I'll post again soon.
Happy reading!
JSC
Posted by You wont believe this, but... at 6:23 AM No comments: